Hi guys! I know, I know. We haven’t posted in a long time. There have been LOTS of exciting things going on- which eventually we will post all about. Promise.

I’m sitting here, drinking from my favorite new coffee mug that I found in Home Goods, waiting for the snow to start…again. I love winter. I do. I LOVE it. But sometimes I go a little stir crazy. It’s evident around here at 214. All the closets have been organized…twice. I undecorated for Christmas and decorated for Valentine’s Day- in the same day. We are tackling a kitchen re-do…and a small bathroom update- at the same time. Oh yeah, and I opened an Etsy shop selling something I never made before. What!?

I have always wanted to open up an Etsy shop, but I figured I would sell things I make all the time like banners, wreaths, mason jar projects, and so on. So when I decided to open up an Etsy shop and then further decided to center it around an idea that I had never done before, I’m sure it might have left some people confused. Quite honestly, the simple explanation is I wanted a challenge and I wanted to learn to do something different. So I bought a sewing machine.

You don’t know this but sewing machines scare the crap out of me. It goes back to my Home Economics class in middle school. Long story short- I had gotten the flu, missed a week of school and in one class I had to start and complete 3 sewing projects and the teacher did NOT like me at all- so she would not help me and wouldn’t show me the proper way to use the machine. Whatever. Clearly still bitter.

ANYWAY- So I taught myself how to sew recently.

I decided to name my Etsy shop thRUFFty Pup Studios (just plain thRUFFty most of the time.) You all (hopefully) know that I’m pretty much obsessed with my dogs. I think they are just the absolute best (even at their worst.) Every year for Gryphyn’s birthday, I would go out and buy him a new bow tie. It was really difficult because I usually wasn’t that impressed with what they looked like- but I needed one so I bought it. So I decided to make my own.

The idea behind thRUFFty Pup is my combined love for thrift store hunting and my love for dogs. All the material I use is found in thrift stores. Right now, I’m only making ties, bow ties and flowers that are repurposed from men’s ties. They slip on to a 1 inch dog collar and drastically improve the coolness of your dog.

Without further delay- here are some of the items in the shop:

Tie Flowers for your favorite females:

The bow ties are arriving this week in the shop. I especially love these because I put them on my guy Gryphyn and I also put them on my girl Wren (she wears it as a bow on the side of her neck and she just looks the most adorable in it!) Here are a few I was able to photograph: 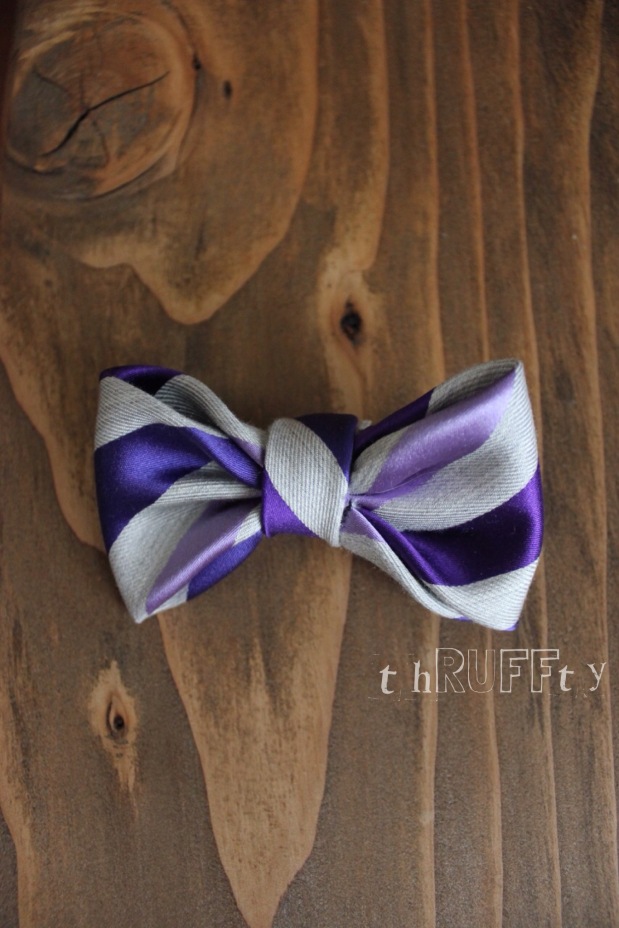 And finally, some pups modeling their favorites: 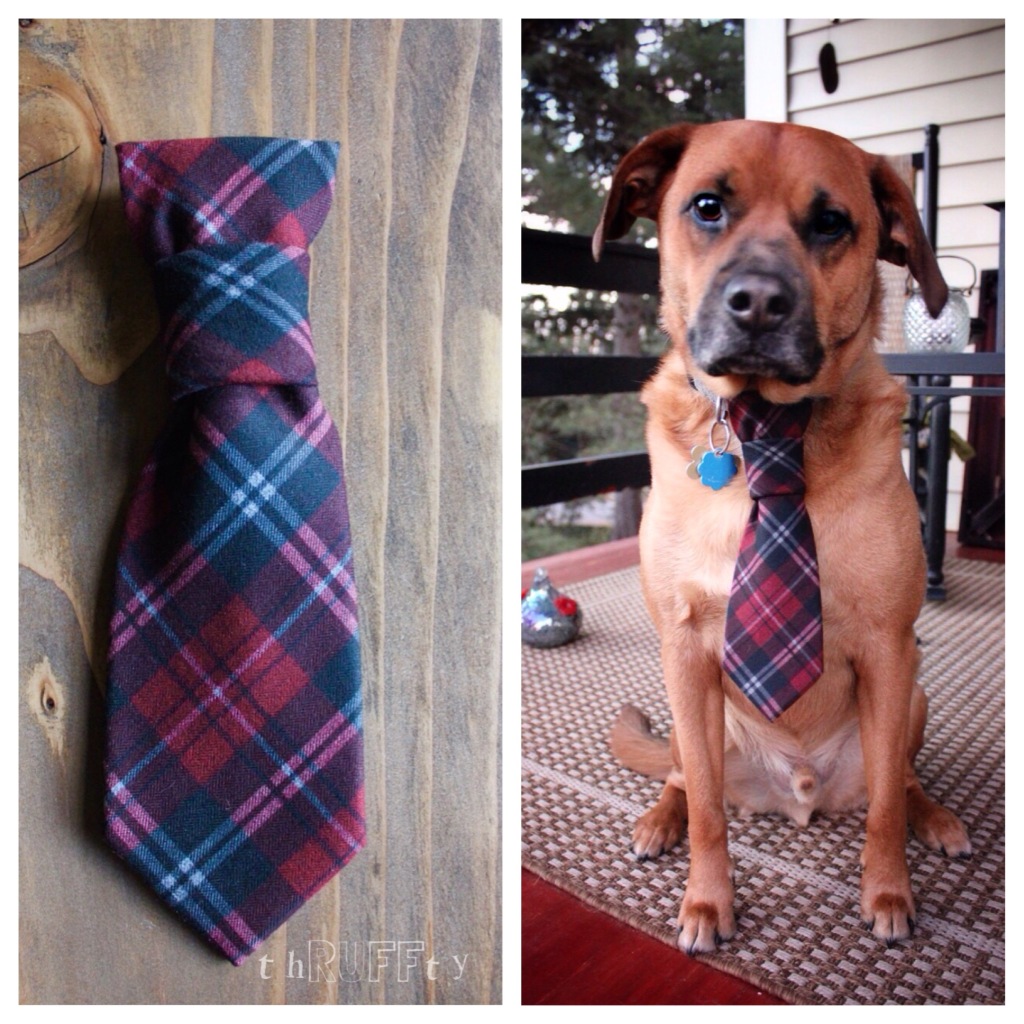 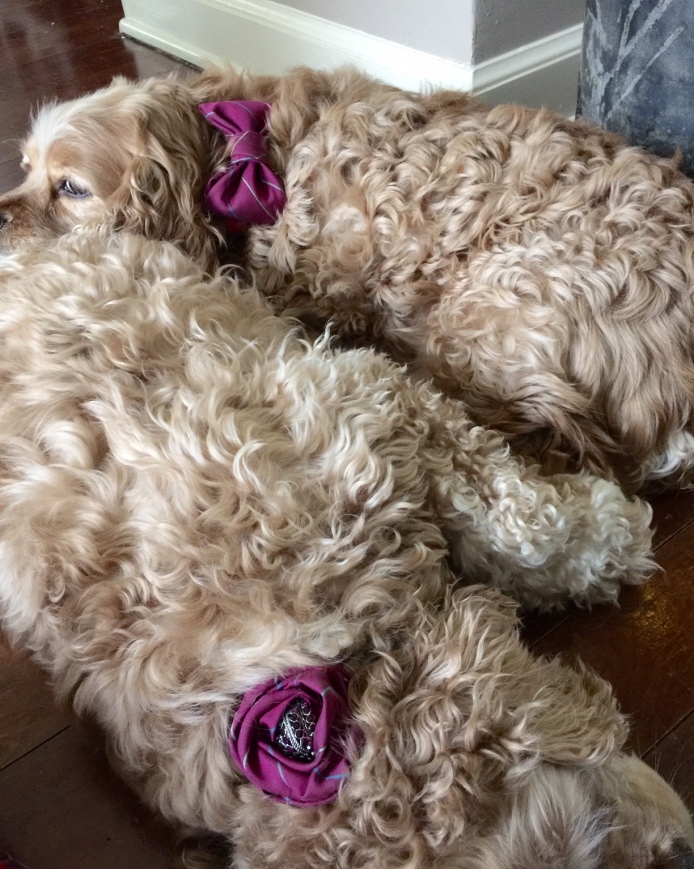 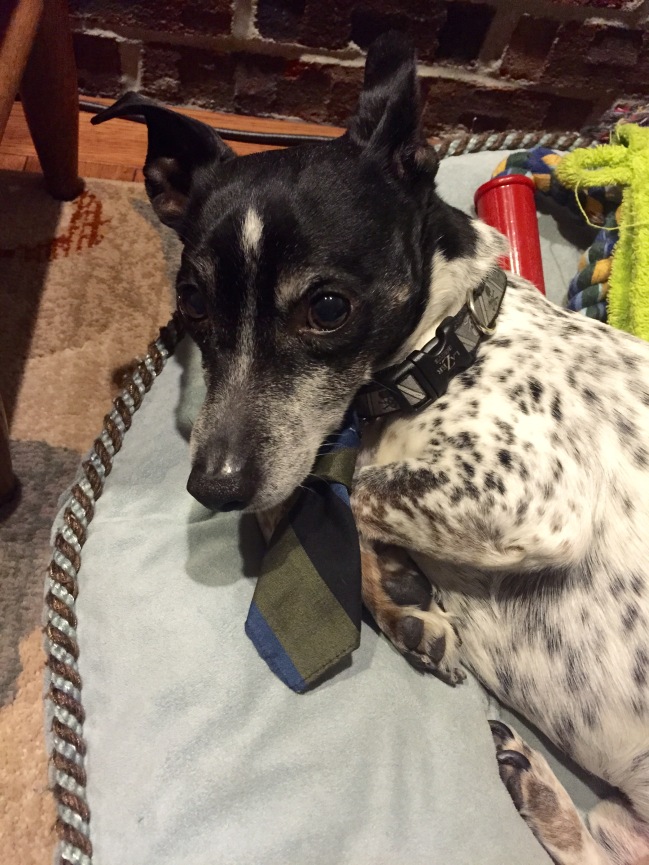 That’s all! Hope you guys enjoy these as much as I am at the moment!